A year after the fall of Kabul – Zahra’s story

Home>Posts>Blog, News>A year after the fall of Kabul – Zahra’s story

A year after the fall of Kabul – Zahra’s story

On Sunday, August 15, 2021, the Taliban surrounded Afghanistan’s capital, Kabul, and retook control of the battered nation. Skeptical of promises of a peaceful transition of power, thousands fled the country, fearful of persecution for their support of U.S. efforts in their country.

600,000 Afghan nationals fled Afghanistan; 75,000 were evacuated to the United States.  The International Institute of New England (IINE), together with volunteers, and community partners mobilized to welcome and resettle 542 Afghan evacuees within five months. These individuals and families now call Massachusetts and New Hampshire home. One of these evacuees is Zahra Ahmadi. 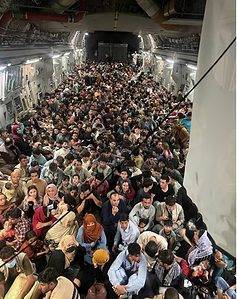 A long journey to Massachusetts

“In 2021, everything transitioned very fast,” says Zahra when asked about her experience leaving Afghanistan. “In one day, I lost my country, my house, my job. Everything.”

Zahra was one of the thousands packed into cargo planes at Kabul Airport in the days of panicked evacuation following the Taliban’s resurgence. Originally from the Ghanzi Province, Zahra was in Herat working as a Protection Officer for the Danish Refugee Council, when she decided to move to Kabul to find a way to escape the country.

On August 18, 2021, Zahra reached the Kabul airport where she spent five sleepless nights awaiting a flight. Finally, on August 22, Zahra sat in a cargo plane alongside hundreds of fellow evacuees on a three-hour flight to a military base in Qatar. She was soon transferred to Germany and then, finally, Virginia. Through an old connection – an American professor Zahra collaborated with as a college student – she made her way to her new home, Massachusetts.

Traveling alone, Zahra knew no one in her new country. “I chose Massachusetts as my final destination because I wanted to further my education,” she explains. “I texted an old professor I knew in Afghanistan whom I helped to write a book about Afghan culture. She told me she could provide me with a scholarship and a place to live. So, I went.”

That’s when Zahra first got in contact with IINE.

After her first night in the United States, of which Zahra fondly remembers her freshly painted bedroom, rich meal, and much-needed privacy, she began a relationship with Farishta Shams, IINE-Lowell case manager.

“She came to visit my new home, asked me about my health situation, and offered support,” Zahra recalls. “She helped me with my social security card, work authorization, and other documents. I’m really happy I was one of her clients.”

In the following weeks, as Zahra explored New England with her host family while studying for English exams and university placements, the perfect work opportunity came along.

Zahra’s experience working with internally displaced populations, her educational background in sociology, and her positive attitude helped her land a position as an Employment Specialist with the IINE, assisting other newly resettled immigrants in navigating the U.S. job market.

“It was my dream to work in a place where I can support refugees and immigrants like myself,” Zahra says. “It’s the perfect fit. I get to help other Afghans while growing my skillset for a future career as a social worker.” 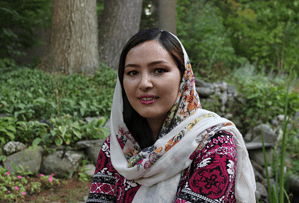