Board of Directors Highlight

Board of Directors Highlight 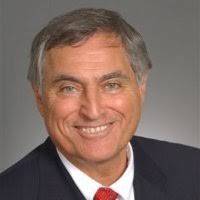 Zoltan Csimma is the new chair of the IINE Board of Directors. A member of the board since 2003, his personal experience and professional background make him exceptionally well-suited to lead IINE. As a former refugee, Mr. Csimma personally identifies with the International Institute’s mission to provide refugees with a positive resettlement experience that is similar to his own. When he was 11 years old, Zoltan and his family arrived from Hungary to the United States via Ellis Island on a particularly foggy New York day.

“It was really a thrilling experience for a kid who had always thought of America as some distant, almost mystical, place,” he said in reflecting on that journey.

Ambitious and hardworking, Mr. Csimma graduated from college, entered the business world, and pursued a career in human resources management in the high-tech, energy, and biopharma fields. Throughout his career, he realized the growth of American business depends on both native-born and immigrant talent.

In 2003, his boss at the time was Henri Termeer, the legendary CEO of the famed biotech company Genzyme Corporation and IINE’s 1999 Golden Door Award honoree. Mr. Termeer suggested Mr. Csimma join the IINE Board of Directors – a suggestion Mr. Csimma saw then as one of the many community obligations that went along with his leadership role at Genzyme.  But, Mr. Csimma soon realized the International Institute’s work was critical to both newly arrived refugees and to the economy of the region.

“The International Institute provides resettlement services, English instruction, skills training, job placement, and pathways to citizenship to 2,000 people a year,” he said. “We change a lot of lives and have significant impact. People look to us for support, and we are there to help as they navigate their way in a new country.”

Now with 14 years of services on the IINE board, Mr. Csimma’s involvement with the organization has deepened and his guidance widened. In Board meetings and in strategic planning discussions, his perspective as a former refugee informs many decisions IINE takes.

“Zoltan has played a critical role in hiring new leadership, developing IINE’s strategic plan, and introducing the Institute to new funders,” IINE CEO Jeff Thielman explained. “After the 2015 sale of IINE’s former home at 1 Milk Street, he was a strong proponent of the move of the Boston and Central offices to the China Trade Building.”

In 2011, Mr. Csimma retired from Genzyme Corp as Senior Vice President and Chief Human Resources Officer. Since then he has played a role in industry policy through his support
of the Biomedical Science Careers Program, which works to increase minority group members in life sciences jobs. Mr. Csimma said he believes the United States desperately needs the drive and innovation of refugees and immigrants, and that as a country we share responsibility with other Western nations to help asylum seekers, victims of human trafficking, and unaccompanied minors.

“The work of the International Institute has always been important, but it is even more important today,” said Mr. Csimma. “The best way to respond to some of the current rhetoric is for us to do our job well. We need to continue to make newcomers feel welcome just as Americans welcomed my family many years ago, and we need to keep educating people about the value immigrants and refugees add to our culture and economy.”