The admissions ceiling for refugees could be set by the President at 25,000 people for fiscal year 2019. This would be a cut of more than 40 percent from this year’s limit.

What You Can Do:
Call congressional offices directly. You can reach US representatives in DC by calling 202-225-3121, and US senators by calling 202-224-3121. Ask the operator to connect you to the individual office. In addition, since Congress is not currently in session and most members are at home, you can also contact your senators and representatives directly in your home state.

Sample Script:
“I’m your constituent from [CITY/TOWN], and I urge you to support the U.S. refugee resettlement program. I strongly oppose the Administrations continued Muslim and refugee bans, as well as the all-time low cap on refugee admissions.

Resettlement is a core American legacy that allows refugees to rebuild their lives in safety and dignity as people have since they first imagined our country. My community welcomes refugees and immigrants, and I urge you to do the same.” 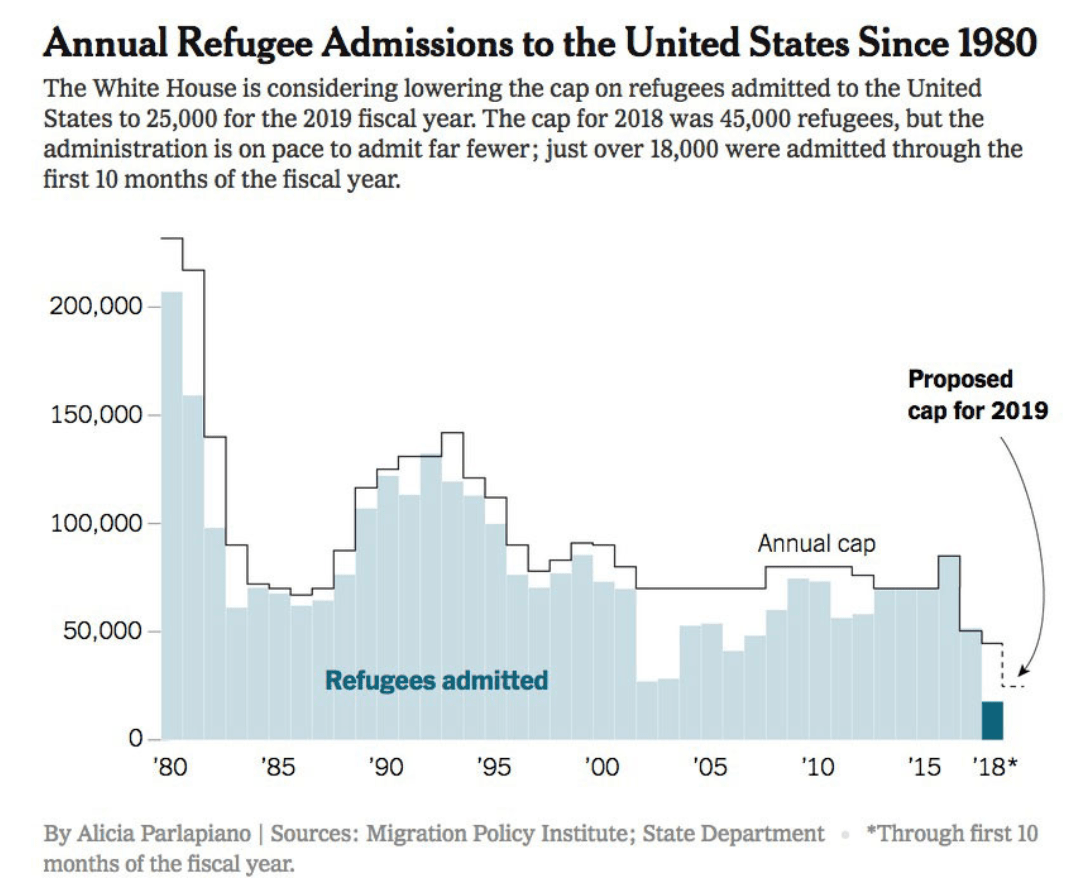