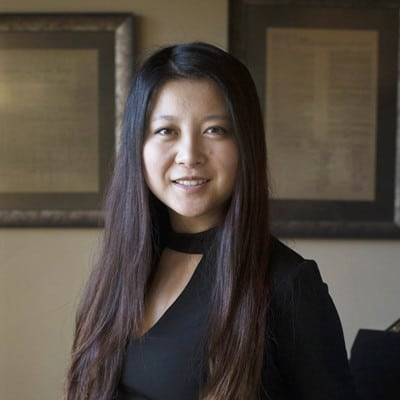 CHRISTINA QI is the longest standing female founder in high frequency trading (HFT), paving the path for a new wave of millennial hedge fund managers. She co-founded Domeyard LP, an HFT hedge fund, in 2012 with $1000 in savings. Domeyard closed its Series C in 2017 and trades up to $1 billion USD per day. Her company’s story has been featured on the front page of Forbes, Nikkei, and other publications.

Christina brings experience in investment management, sales and trading, derivatives operations, and technology across Goldman Sachs, UBS Securities, Zions Bank, and MIT Lincoln Labs. She is a visiting lecturer at MIT, within Nobel Laureate Robert Merton’s “Retirement Finance” class since 2014 and is a case study protagonist at Harvard Business School. Christina is has been quoted in the Wall Street Journal, Forbes, Bloomberg News, and Financial Times, and has contributed to the World Economic Forum.

Christina sits on the Board of Directors of The Financial Executives Alliance (FEA) Hedge Fund Group, the MIT Sloan Boston Alumni Association (MIT SBAA), Invest in Girls, the U.S. Non-Profit Boards Committee of 100 Women in Finance, and the Scholarship Committee of the Chartered Alternative Investment Analyst (CAIA) Association. Christina and her team have been named to the Forbes 30 Under 30 and Boston Business Journal 40 Under 40 lists. She holds an S.B. in Management Science from MIT and is a CAIA Charterholder.

Born in China, Christina’s parents brought her to America after the Tiananmen Square Massacre, and spent their early years waiting tables at Chinese restaurants. She experienced “being the only woman in the room” from middle school science clubs, through her adult career as a public speaker in finance. Tired of being the only woman in the room, Christina helped create a community to foster advancement, diversity, and collaboration in the fintech industry. Outside of work, Christina is a huge nerd, enjoying anime and board games with friends and family.