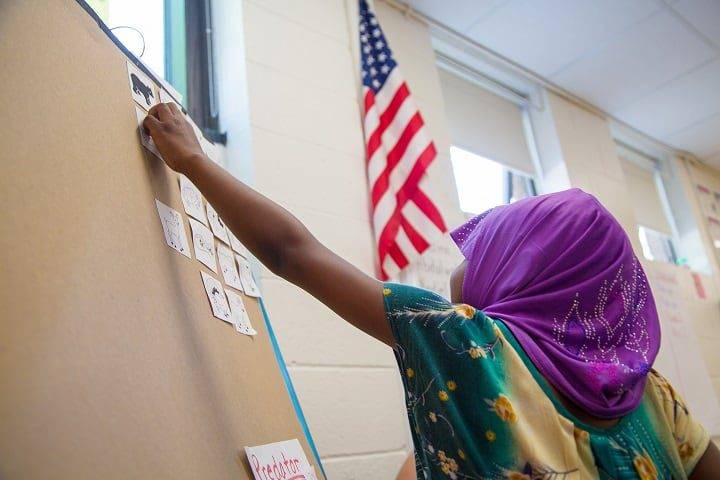 The International Institute of New England is profoundly disappointed by today’s decision by the U.S. Supreme Court. We had held out hope that the Justices deciding Trump v. Hawaii would recognize that the spirit of the U.S. Constitution is not to exclude, but to include all freedom-loving people who want to build new lives here and contribute to our economic vitality and cultural diversity. As an organization that serves refugees and immigrants from every corner of the globe, we are daily witnesses to what the American dream means to those born abroad who pursue it. This decision means that, the pursuit of that dream is now denied to many deserving Somali, Yemeni, Syrian, Libyan and Iranian nationals awaiting a visa to come to the United States.

While the decision does not directly apply to the U.S. Refugee Admissions Program, over the past 10 years IINE has resettled 620 people from the countries affected by the travel ban, and many have family members who had hoped to come to America.  Those 620 people survived persecution, war, violence, and famine, before they arrived in the U.S. Today, they work as teachers, as restaurant servers, and hotel managers. They are parents, co-workers, neighbors, and yes, Muslims. Just like those of us born here, they are dedicated to improving their communities and want to leave this world a better place for their children. As an organization, we see nothing to condemn in that. In fact, we know that welcoming reliable, motivated people like them to our region is the only way our local economy will continue to grow.

Each day we work with individuals from nations affected by the travel ban whose families remain in their home countries or in refugee camps on the other side of the world. The consequence of today’s decision means that many of these families may not, possibly ever, reunite on U.S. soil. By upholding President Trump’s anti-Muslim travel ban, the Supreme Court has taken the United States one step further down the troubling path of racism and xenophobia we have been on since November 2016.

The Supreme Court did not lead today. It missed an opportunity to correct a terrible wrong.