Home>Posts>Blog, Boston, LIFS, Lowell>IINE’s Legal Services bring newcomers to the next step in their immigration journey 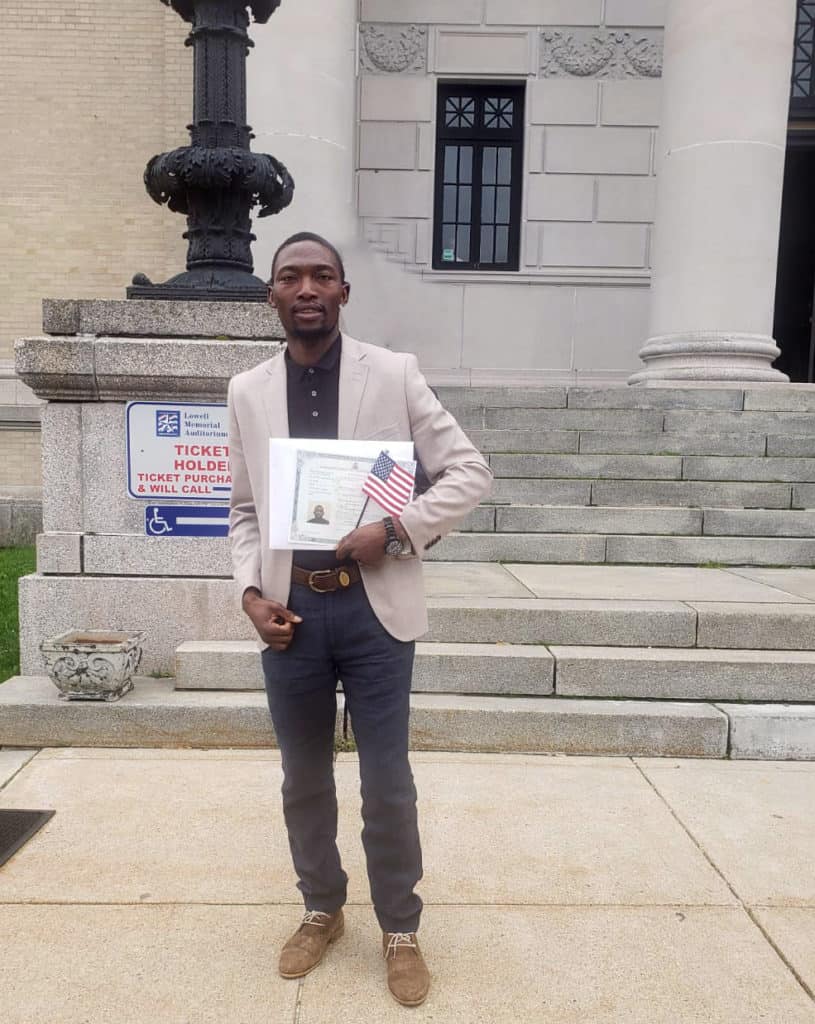 For many people who need help with their immigration paperwork and applications, attorney fees are often the most expensive part of the process. In order to provide affordable and reliable legal help, the International Institute recently relaunched a Legal Immigration Forms Service (LIFS), available to all, that provides high quality legal assistance at a fraction of the cost.  Unlike many providers, IINE’s staff attorneys and Dept. of Justice-accredited representatives offer support throughout the entirety of the legal application process, not just during the initial form submission.

Last year, the LIFS program helped more than 200 immigrants reach landmarks in their lives by earning permanent residency, work authorization, marriage and fiancée visas, and citizenship.  One of those clients was Adam Younis, who recently became a U.S. citizen after almost six years in the country.

“IINE met Adam in 2013 after he had already fled Sudan and was working  as a nurse in Egypt,” Ashley Wellbrock said. She is the coordinator of the Legal Immigration Forms Service program, and is an accredited representative who works directly with legal clients. Her experience in refugee services goes back many years, including the time when Adam first came to IINE from the mid-East. She was on the team that welcomed Adam at the airport on his first day in the U.S.

“We resettled him that year and he went through our community services and employment services programming,” she said. “We helped him get his first jobs at Finagle a Bagel and Starbucks. He then enrolled in our Hospitality Training Program, got certified in hospitality, and was placed at the Fairmont Copley hotel where he’s worked since 2015.”

After five years in the U.S., Adam became eligible for citizenship and looked to IINE to help with this last step in his resettlement, Ashley said.

“In 2013, I was his case manager in resettlement and so when we launched the LIFS program, he reached out to me to do his citizenship.”

Mr. Younis passed his citizenship test, and was sworn in as a naturalized U.S. citizen on May 29 in Lowell.

“We have a 100 percent success rate in clients receiving their USCIS benefits,” Ashley said. “Our services differ from most providers as we commit to being with the clients through the entire process until they receive their new status.”

To read more about the LIFS program, click here.