Meet Mirfat and her family 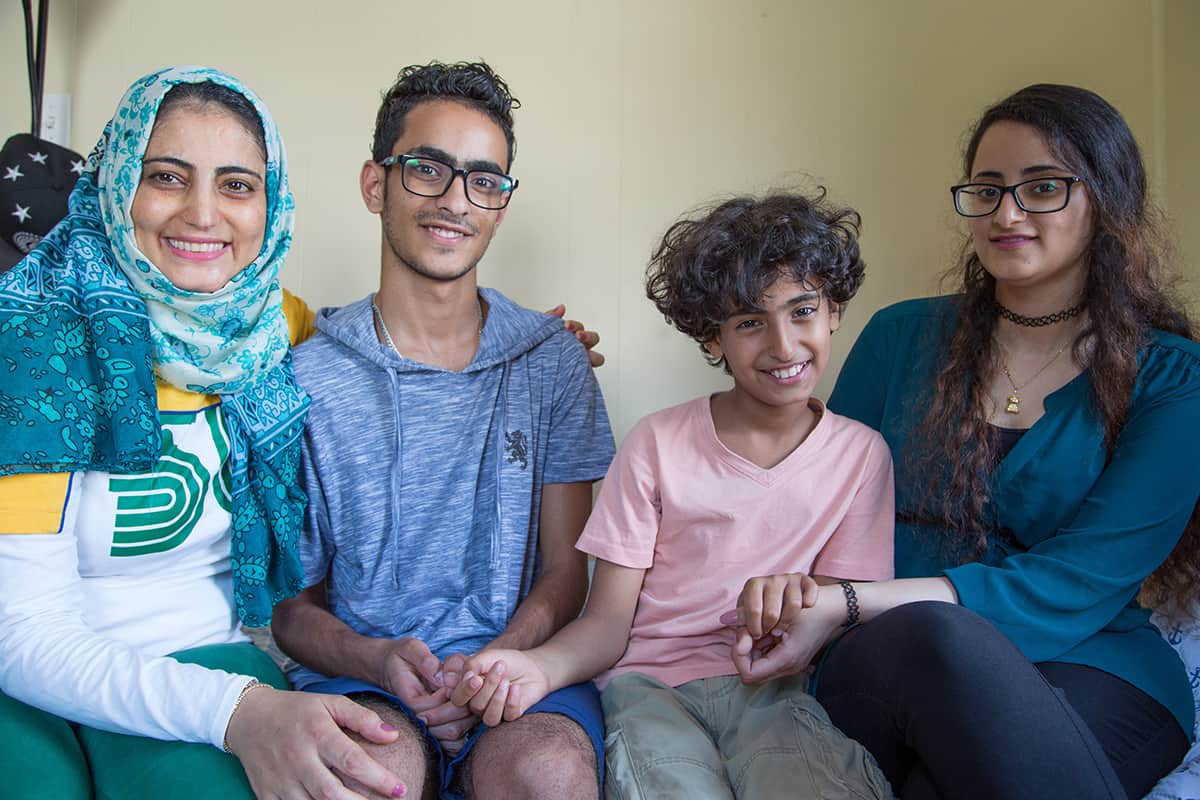 Mirfat Abbas Al-Sakkaf, like every mom on the planet, worries about her children before she worries about herself. Lying in a hospital bed in Ethiopia two years ago, she was just conscious enough to hear doctors telling her children she might die that day. Mirfat said it remains her most difficult memory to share because she was powerless to shield her kids from that fear.

At that point in time, Mirfat and her children had been fleeing war in their native Yemen for several years. When you are a refugee with a chronic illness, you are at the mercy of countries that offer treatment – until you are too expensive to keep. Bounced from hospital to hospital in several eastern African countries, she was finally cleared for entry into the U.S. in the spring of 2017. Her two youngest children accompanied her, and the three were reunited with her older daughter who was already living in New Hampshire.

A team from IINE met Mirfat and her medical escort at the Manchester airport. Still overcome with sickness and struggling to breathe, she was immediately admitted to the local hospital. Once she was treated by excellent American medical providers, she began to improve quickly. During the ten previous years she had coped with a disabling cough and labored breathing. After ten days in a New Hampshire hospital, her cough disappeared for good.

Still weak, but eager to start her new life, she received initial support from IINE to find an apartment and set up assistance services to pay for fuel, electricity, and groceries. She attended cultural orientation and English classes, and her young son started school.

Mirfat and her family were assigned to IINE’s Manchester site without knowing at the time how suited her case was to the specialty services provided by IINE staff. Dr. Puspa Joshi is IINE-Manchester’s Coordinator for Health Services and has been supporting Mirfat’s case as she continues to recover. His role is to provide healthcare-specific case coordination in order to increase access to care for refugees who require treatment and need support navigating a complex medical system.

Today, Mirfat lives happily in her Manchester home and is able to walk, talk, breathe, and see her children progress in their careers and their schooling.

Her 22 year-old daughter works a manufacturing job and is considering returning to school to complete her secondary education. Her 19-year-old son is finding a job and her youngest son is able to attend school and pursue his greatest love – soccer.

You can help IINE resettle families like Mirfat’s by making a donation to our program today. Government funds only extend so far, and IINE is committed to insuring all areas of need are met for newly arrived families. Help us make that happen.