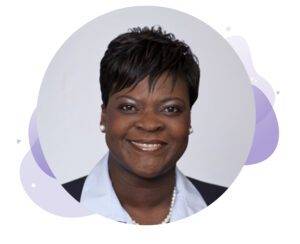 During the COVID-19 economic crash, JP Morgan Chase was the number 1 lender of Paycheck Protection loans that helped save thousands of jobs, and has continued to expand storefronts in communities of color throughout the shutdowns. As Managing Director of Consumer Banking in New England, Roxanne Cooke has been on the frontlines of Chase’s outreach to low income neighborhoods.

A native of Jamaica, Roxanne moved to Dorchester when she was young and now leads as Chase’s Managing Director of Consumer Banking in New England and Philadelphia, Ms. Cooke has been on the frontlines of Chase’s outreach to low income and immigrant neighborhoods.

“I have a few formal and informal mentors, but the one who influenced me the most personally is my late grandmother, Ina Smith,” Roxanne said in an interview with the Boston Business Journal. “She was an entrepreneur who owned a grocery store and a seamstress business in Jamaica and taught me some valuable lessons that I remember vividly. She would have customers come in who didn’t have the ability to pay and they would give her an IOU and she would never bat an eye. I learned so much about customer service and managing and building relationships and caring for customers and community. She taught me how to be compassionate.”