Home>Posts>Blog, Boston, News>Witness to a true “Melting Pot,” IINE from a newcomer’s perspective

The Golden Door Award Gala from a Newcomer’s Perspective

This past week, I had the honor of attending the International Institute of New England’s (IINE) 38th Golden Door Award Gala honoring Dr. Joseph E. Aoun, President of Northeastern University. I never expected to find myself surrounded by such an influential and diverse audience. I also never expected to feel a sense of familiarity in a completely unfamiliar setting. 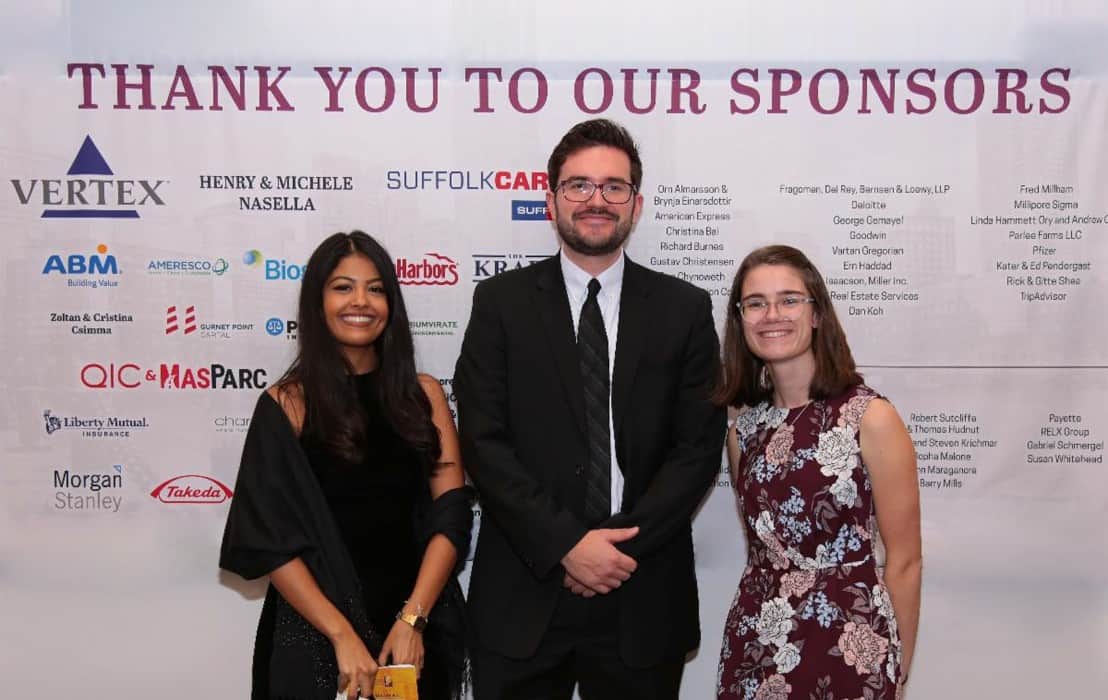 Growing up, my perception of America was mainly built on TV series like Friends and That 70s Show. A perception of a faraway land where everything is possible, where you can become whoever you want to be, where dreams come true, and where people dress up in scary costumes to get free candy from their neighbors!

I vividly remember the expression “Melting Pot” being used to describe America. When I was seventeen, I was fortunate enough to participate in a cultural exchange program where I was able to spend a year living with an American host family and attend high school in Virginia. The experience was so memorable that I returned six years later to obtain my master’s degree. I came to Boston with a curiosity to explore what the city has to offer. I also came with a major fear of the northeastern winters and extremely cold weather. In fact, I wore two coats the evening of the Golden Door Award event, just to be prepared!

I arrived at Matthews Arena a few hours before the ceremony began. Having observed the tremendous work, continuous coordination, and unforeseen challenges that IINE’s team underwent in preparation for the event, I was impressed by the results. I witnessed the arena transform into an elegant venue embellished with fresh flowers that filled the space with a heavenly aroma and twinkling lights highlighting IINE’s gold and purple colors. Once guests started arriving and over the course of the event, I heard Arabic, Spanish, and Chinese, I saw people dressed in traditional clothing sharing stories, laughter, and anecdotes, and I felt a sense of joy, connectedness, and belonging. The scene was a strange one, yet the feelings were very familiar: I was experiencing the “Melting Pot”.

Attending the Golden Door Award made me realize that organizations like IINE play a crucial role in bridging gaps and building strong and connected communities. Dr. Joseph Aoun is the perfect example and living proof that immigrants and refugees not only thrive and succeed once welcomed and resettled, but also give back to their communities.

Known as an innovation hub and often synonymous with cultural diversity, the city of Boston demonstrates how vital refugees and immigrants are to the economy and community and how critical the work of IINE is in supporting them.

Fifteen-year old me would never have thought I would find myself living in Boston and working for a nonprofit that paves the way of success for immigrants and refugees. I never thought I would have the chance to deeply experience the country I once knew through pop culture and TV series. I am grateful to be part of such an influential organization as the marketing and communications intern, I am thankful to share my Tunisian culture with a city that welcomes it, and I look forward to sharing these experiences and what I learned from them with my own country.