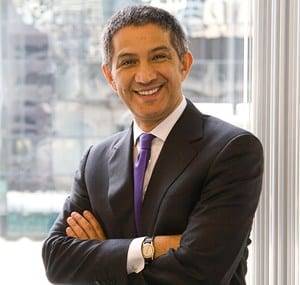 This is the first blog in a series of posts highlighting immigrants in business across New England.

Today, Massachusetts is made up of more than one million immigrants, with approximately one out of every seven residents being foreign-born. These new Americans are entrepreneurs, job creators, taxpayers, and consumers, making them critical contributors to Massachusetts’ overall economic success. According to a report by New American Economy, 58 percent of Fortune 500 companies based in Massachusetts were founded by immigrants or their children; generating $136.8 billion in annual revenue and employ more than 466,000 people globally. In addition, foreign-born workers currently make up 20.7 percent of all entrepreneurs in the state.

“Immigrants and refugees are a select group, so in many ways their chance of success is far higher than someone who was born in the United States,” said Mahmood Mahili, an immigrant himself from Iran and successful real estate businessman. “They are a Darwinian product; they are the ones that made it.”

While success is never a guarantee, many immigrants and refugees have managed to not only get ahead in America, but achieve extraordinary success.

Mahmood Mahili is one example of a gifted and determined immigrant who realized the American Dream.

Mahili came to the United States in the 1970’s to attend Tufts University. When the Iranian Revolution broke out in 1979, Mahili sought political asylum and was able to remain in the United States to finish his degree in civil engineering. At that time, his asylum designation and the support of the university were key elements in a future that was still unfolding.

“When my family and I came to the United States in the 1970’s, my path through Tufts University never would have happened without the assistance of financial aid and other supports to close the financial gap,” said Malihi. “And, without this degree, my whole life trajectory may have been very different.”

And Mahili’s life trajectory has been impressive by any standard. After completing a Master of Science in Construction Management at Stanford University, he joined the prestigious real estate firm of Leggatt McCall Properties in the early 1980’s. For more than 30 years he’s held an active role managing more than $2 billion of investment and development activities while identifying new business opportunities. Now, as a senior principal in the firm, he is a member of the Investment Committee and Executive Committee.

Prior to 2000, he held the titles of Chief Operating Officer and Senior Vice President, directing the firm’s Mid-Atlantic development activities from Washington, D.C.

Today, Mahili is active as a real estate advisor in the Boston community as an advisor to Harvard University, Northeastern University, Tufts University, and The First Church of Christ on a wide range of strategic and transactional real estate matters.

The one thing Mahili cautions to those who find success in American is that assimilation does not mean losing one’s identity.

“Yes, I am a successful American” he said, “but I haven’t lost the Persian in me; my sense of humor, my affinity for Persian literature, my taste pallet. Those things haven’t changed,” he said with conviction.

What seems to be true in many immigrant and refugee success stories is that success is not a product of one person’s work, nor one generation’s sacrifice. Mahili’s story bears out the idea that success within a family is, well, relative.

“My father never made it, but he gave a Stanford education to his children. He paved the road for us and I’m extremely fortunate,” Mahili said.

After forty years in the U.S., Mahili said he likes to think of the United States as a Persian rug. “No color is the same but a million different patterns that come together to make something beautiful,” he said. “I am just one single color in the rug, but I am hopeful that with the future success of more immigrants and refugees, like myself, the bigger and richer the rug will become,” he said.