Last night I was in the IINE office in Boston, where Downtown Crossing and Chinatown meet, getting ready for the week ahead. Around 8:00 p.m. thousands of diverse, peaceful, and enthusiastic protesters marched below my window to condemn the murder of George Floyd in Minneapolis.

The marchers were seeking justice and change, and I was moved by their passion and commitment. 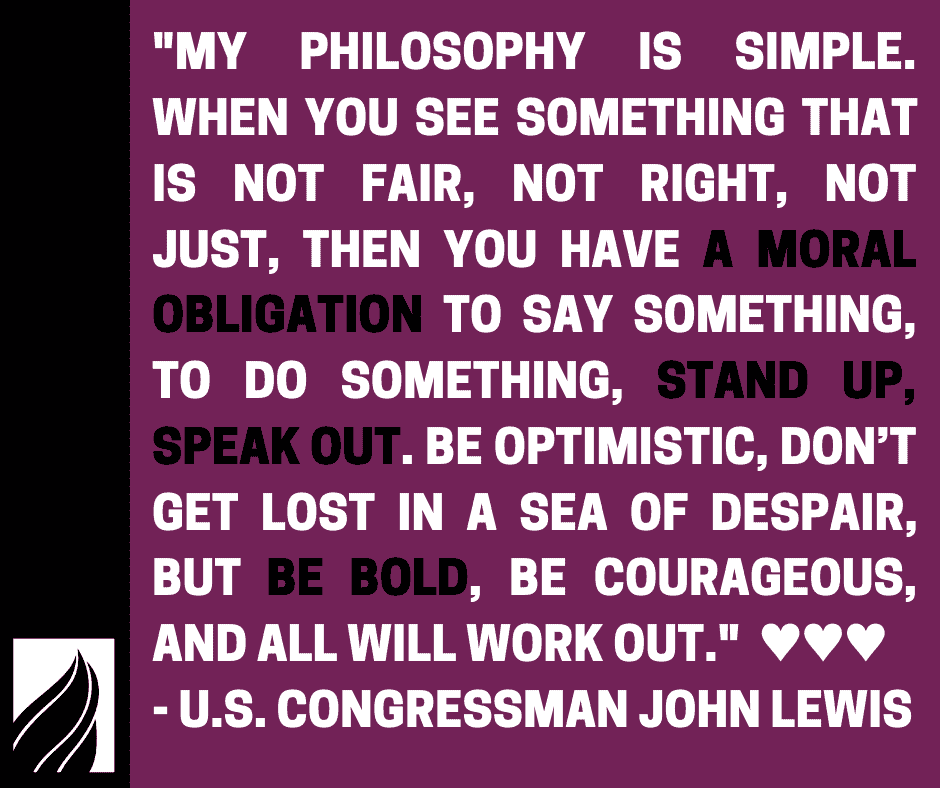 While I am saddened by the violence that took place at the end of the march in the neighborhood where we work, the message of the protesters reminded me that the first rule of building a welcoming community is this: it has to welcome and value all who comprise it.

At the core of IINE’s mission is the commitment to build and promote welcoming communities that recognize the value of every person: refugee, immigrant, and U.S.-born, of every race, religion, and cultural background.

Our colleagues at the non-profit organization Welcoming America define it this way: “Being welcoming is more than being tolerant—it’s having a true respect and appreciation for our neighbors and making sure that, in our culture and in our policies, everyone belongs.”

Across the nation this week we have seen overwhelming evidence that many, if not most cities and towns have not yet reached the ideal definition of a welcoming community. Black people – including those we serve at IINE – are not treated fairly and equally.

In addition to the protest in Boston, we saw vigils and marches in Lowell and Manchester, New Hampshire. Thousands gathered to demand justice and change. The events of the past few days make one central truth painfully clear: we all have to work harder and more intentionally to openly acknowledge and combat racism and inequality. With this in mind, IINE stands with #BlackLivesMatter.

For IINE clients and students, what we’re seeing in our streets and on our screens might be alarming and triggering. It’s important to remember that most protests across the country are peaceful and have the potential to bring meaningful changes at the local level.

It is also important to recognize that as an organization dedicated to supporting refugees and immigrants we have a personal responsibility to stand up to racism, to actively educate ourselves and our families, and to take the opportunity, whenever possible, to make our own neighborhoods more welcoming to everyone.

We have to hold on to the hope that the persistent demonstrations and collective calls for justice will lead to landmark change in the United States.

The great American author Studs Terkel once interviewed the former Governor of Oregon, Tom McCall. During a discussion about civic duty, Gov. McCall said: “Heroes are not giant statues framed against a red sky. They are people who say: This is my community, and it is my responsibility to make it better.”

At this time, each of us can be a hero by taking responsibility for making our communities more just and more welcoming, by following the inspiring instructions of Rep. John Lewis to say something, do something, stand up, and speak out.