A Message from the CEO: The President is wrong

Home>Posts>Blog, Community, News>A Message from the CEO: The President is wrong

A Message from the CEO: The President is wrong 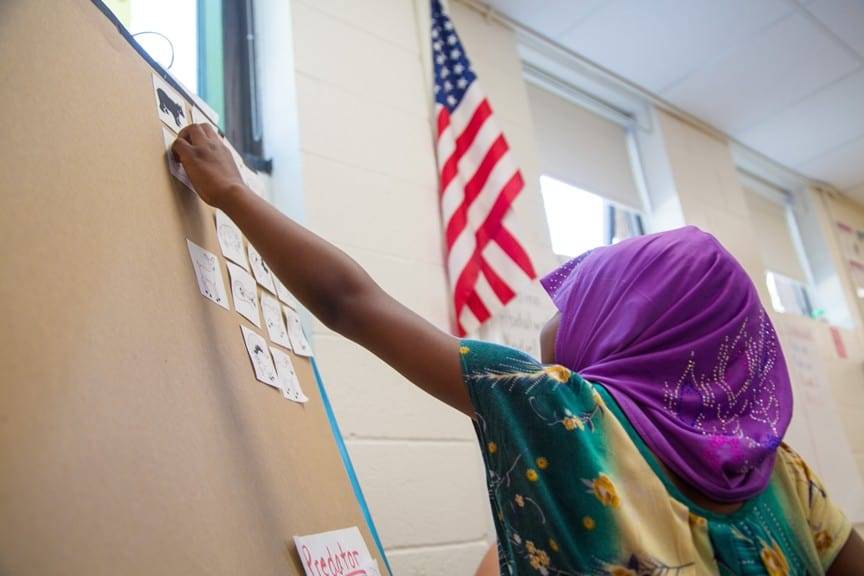 With his much-publicized comment about Haitians and Africans, President Trump finally admitted this week that the foundation of his administration’s immigration policy is pure racism. As an organization dedicated to welcoming the world’s most vulnerable people, we strongly condemn these offensive and egregious statements about immigrants.

It is disheartening, to say the least, to think that any leader would use their power to perpetuate hateful lies and enact racist policies on immigrants fleeing from brutal natural and political disasters.  When our fellow humans flee to the United States, they are looking for asylum and support, not racist policies from a government that itself was created by and for immigrants.

Since IINE was founded by immigrant advocates in Lowell in 1918, we have witnessed 100 years of prejudice: against Europeans, Jews, Catholics, Asians, Latinos, Africans, and countless others. But we have also been witness to the success of thousands and thousands of “New” Americans who have persevered and contributed mightily to the greatness of our nation.

And that’s why in this current political maelstrom that hurts so many and defers the dreams of millions, we won’t sit down and give in. We will speak out when our own government cancels Temporary Protected Status policies for Salvadorans, Haitians, and Hondurans. We will work with families to help find solutions, we will continue to help those protected populations learn English, get employment training, and land a job that will help keep them and their families safely intact in the U.S.

So let’s use this weekend leading up to Martin Luther King Jr. Day as a collective opportunity to think about race, equality, and the hard work ahead of us as Americans. I encourage you to learn more about immigration issues locally (MIRA in Massachusetts, NHAIR in NH) and nationally. Please continue to engage your civic leaders and elected officials in dialogue about the enormous economic and social impact immigrants have on our communities.

Thank you for your continued support of the International Institute and the refugees and immigrants we serve.